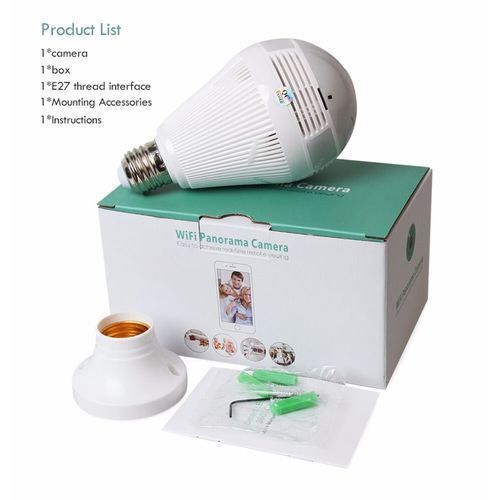 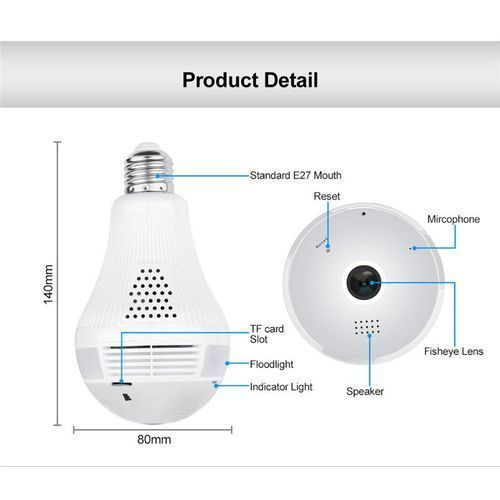 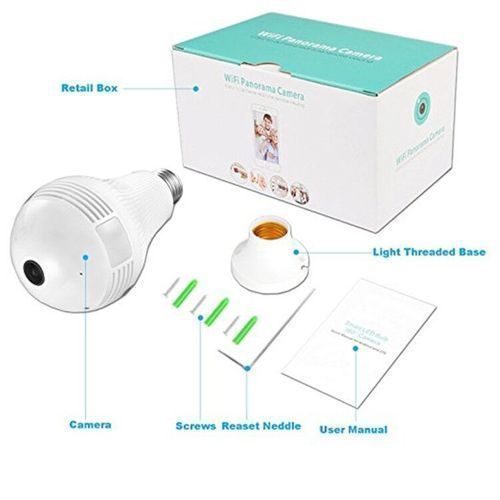 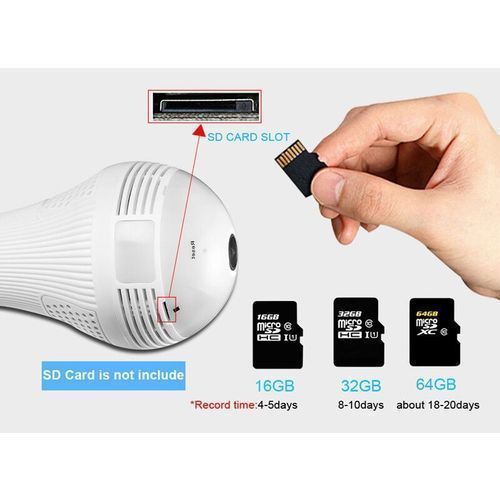 Brand: Generic | Similar products from Generic
0 out of 5
(No ratings available)
KSh 6,000

Get your High Quality CCTV Bulb Nanny Camera that can monitor a 360-degree view angle. Made of high-quality materials with meticulous work. Built-in HD lens, you can get 360-degree panoramic images. Two-way audio, built-in microphone and speaker, makes instant chat easy. Wireless design, easy to install, widely used in multiple places. Night vision function, you can easily get a clear situation at night.

Features of the Bulb Nanny Camera

Wireless Camera, super wide view 360 degrees: Do not limit the extent of the view in your property. Fitted with an inbuilt 2.0 megapixels lens for the camera, the wireless bulb camera ensures that you can see all images and videos recorded by the camera in crystal clear capabilities. Microphone and Speaker: Sometimes just having a camera isn’t enough. Sometimes you need to communicate with someone who’s on the other end, but they don’t necessarily have their phone on them, or maybe they don’t have a phone at all. An example might by you see someone running with scissors, so you need to tell them not to run with scissors. Or maybe you’re trying to guide someone through a cooking recipe. Either way, it’s probably a safe bet to get cctv  panoramic cameras that have a two way speaker feature. Motion detection&Alarm: Immediately motion is detected in the room, the camera sends notifications straight to your phone or laptop either as snapshots or emails and activates an inbuilt alarm which is controllable via the monitoring application/softwareSupport Cloud & SD card: Support both cloud and memory card storage. TFT storage maximum 128GB support. Cloud storage unlimited storage. Where the camera can be used:

Main Features of the Nanny Camera

Specifications of the Nanny Camera

Whats in the Box

Notes: Due to the difference between different monitors, the picture may not reflect the actual color of the item. We guarantee the style is the same as shown in the pictures.