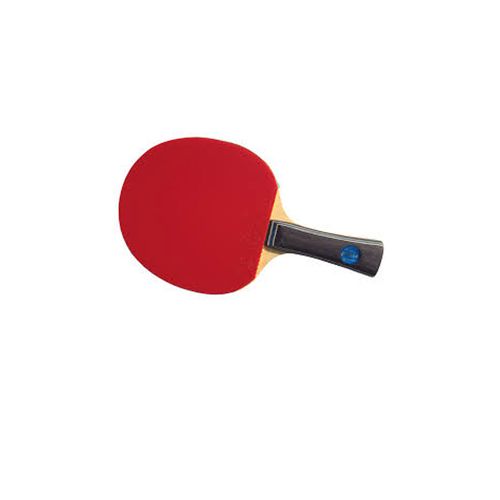 Table tennis regulations approved by the (ITTF) allow different surfaces on each side of the paddle for various amounts of spin (including nullifying it) or speed. For example, a player may have a spin-heavy rubber on one side of his paddle, and no spin on the other side. The player can flip the racket in play for different types of returns. To help a player distinguish between different types of rubber used by his opponent, regulations specify that one side of a paddle must be red while the other must be black, allowing a player to see what side of a paddle hits the ball mid-play. The player has the right to inspect his opponent's racket before a match to see the type and color. Current rules state that, unless damaged in play, the paddle cannot be exchanged for another at any time during a match.

The rubber coating may be of pimpled rubber, with the pimples outward, or it may be composed of a sponge layer, covered by rubber that may have the pimples pointed inwards or outwards. Some paddles are not covered with rubber ("naked") to make it spin resistant. However, it is illegal to use these types of racket in competition as they are not approved by the ITTF. Some types of rubbers are also not approved. Approved rubbers have the ITTF emblem on the base of the rubber.