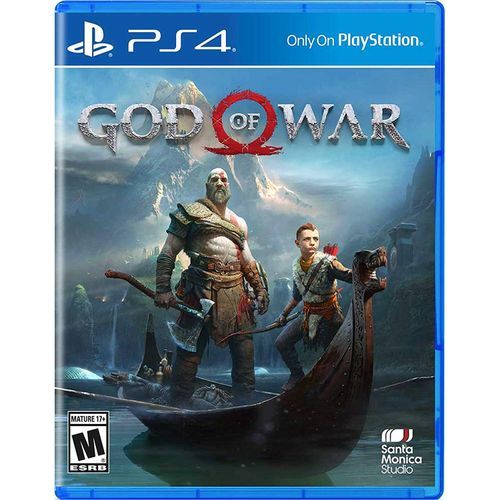 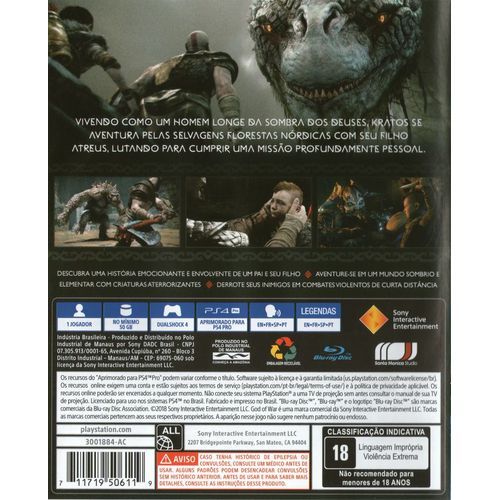 A New Beginning — His vengeance against the gods of Olympus far behind him, Kratos now lives as a man in the lands of Norse Gods and monsters. It is in this harsh, unforgiving world that he must fight to survive… and teach his son to do the sameSecond Chances — As mentor and protector to a son determined to earn his respect, Kratos is faced with an unexpected opportunity to master the rage that has long defined him. Questioning the dark lineage he’s passed on to his son, he hopes to make amends for the shortcomings of his past;Number of Players: 1 player; ESRB Content: Blood and gore-Intense violence-Strong language; Genre: Action / AdventureMidgard and Beyond — Set within the untamed forests, mountains, and realms of Norse lore, God of War features a distinctly new setting with its own pantheon of creatures, monsters, and godsVicious, Physical Combat — With an intimate, over-the-shoulder free camera that brings the action closer than ever, combat in God of War is up close, frenetic, and unflinching. Kratos’ axe —powerful, magic and multi-faceted – is a brutal weapon as well as a versatile tool for exploration

The game is functioning well thanks jumia

Sealed brand new. I like how swift my order was delivered.

the best adventure game i have ever played