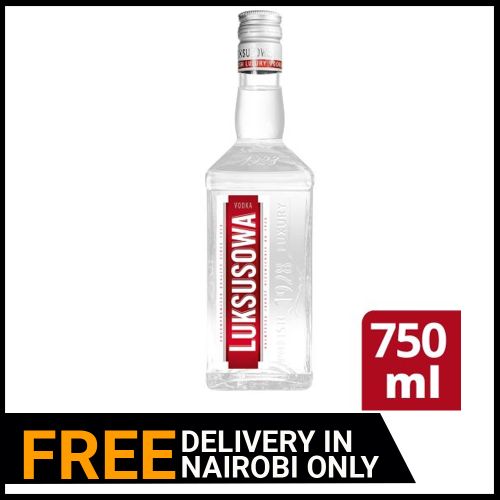 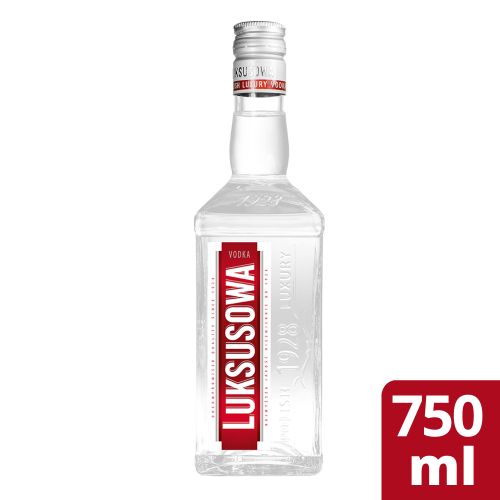 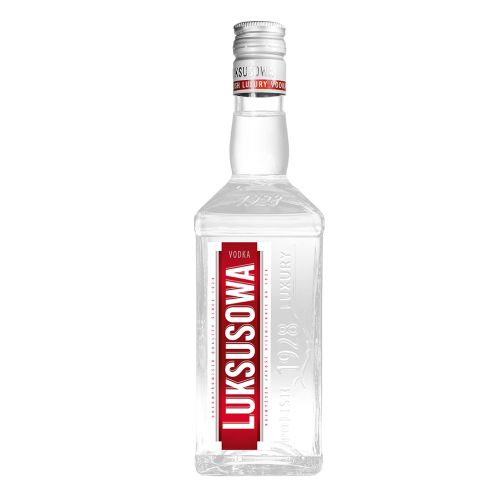 luksusowa means "luxury"; thus in English-language markets, it is also referred to as Luksusowa Luxury Vodka.

According to its producer, Luksusowa accounts for approximately 10% of Poland's vodka market.

Luksusova, the Polish word for "luxury", has a superior taste that is a result of its potato-base. Most domestic vodkas are distilled from corn, most vodkas from rye. But Luksusova Vodka is painstakingly made from Poland's select potato crop grown exclusively in the Baltic coast region of North Poland. It takes ten times more potatoes than it would take of grain to make Luksusova, the preferred vodka of people who can taste and appreciate the smoother texture and richer taste.

25,000 YEARS IN THE MAKING Luksusova is blended with pure, un-polluted water from artesian wells created during the Oligocene Epoch. From then until now, this water has remained bacteria-free and devoid of minerals that could crystallize in the presence of high proof alcohol to form undesirable sediment.

"Clear. Aromas of cream pie, nougat, and toast with a silky smooth, dryish medium body and a delicate vanilla soufflé, sweet grass, and peppery spice finish. A superbly balanced and lively vodka that will be great in martinis."

A smooth drink. Would buy it again