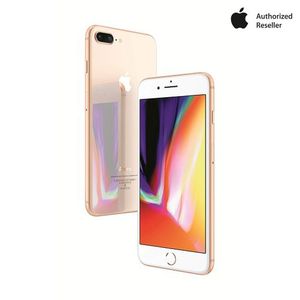 When it comes to exquisitiveness, style and quality, the Apple company will readily come top as one of the best on the list. In the last one decade, the brand has won the hearts of millions all around the world with their lineup of standard and functional phones. Two of the latest flagships from the company include the iPhone 8 and iPhone 8 Plus, which serve as successors of the popular iPhone 7 and iPhone 7 Plus.
As expected, these new smartphones are built with features which are thrilling and far from disappointing. Released in 2018, the iPhone and iPhone 8 Plus have features that only a few other brands have included in their phones and when reviewed, only a few flagships by Samsung come close to them. The iPhone 8 and iPhone 8s look very similar and also have similar features so if you are thinking of getting any of them, you might be at a crossroads of which to buy. However, with our review, we’re sure you will be able to make the best decision of which to buy.

iPhone 8 vs iPhone 8 Plus Features

Design and display: In terms of outer body design, both flagships have very similar features. The most prominent one is the front and back which are made of glass and the sides which are made of metal (aluminum). Alongside the iPhone X, they are some of the latest flagships that have had a glass front and rear introduced to them. Someone might fear that this might mean that your phone is liable to suffering scratches, breaks or damages based on the glass feature. However, Apple has confirmed that the glass is durable and is well-shielded against such. Compared to the iPhone X, both phones still have a physical home button which also doubles as the fingerprint scanner. One major difference between both smartphones lies in their display. The iPhone packs a display of 4.7 inches while the iPhone 8 Plus has a longer display of 5.5 inches. Both smartphones have an aspect ratio of 16:9 and are very easy and convenient to carry around or hold in your hands. The screen resolution of the iPhone 8 stands at 750 x 1334 pixels while that of the iPhone 8 Plus is 1080 x 1920 pixels. As usual, both iPhone models have an attractive and beautiful look with colours all available in the right and appropriate proportions.

Performance, Storage and Battery: iPhones generally have a high and impressive performance but with the iPhone 8 and iPhone 8 Plus, the performance is way higher. If you are on the lookout for a phone that is entirely fast in operation, then one of these would be it. They function with Apple’s new A11 Bionic processor contrary to their predecessors that function with an A10 Bionic processor. Both phones, however, differ in RAM capacity. While the iPhone 8 has a RAM of 2GB, the iPhone 8 Plus packs a RAM of 3GB. In terms of internal storage, both high-end smartphones have a capacity of 64GB/256GB each. This is reasonably large enough and can take a very large number of files, applications, pictures and video without allowing you to face any hassles at all.

Camera: The cameras of the iPhone 8 and iPhone 8 Plus are one of the best that you would find it the market. In fact, pictures taken on both phones could be mistaken for images taken on a DSLR camera. They have a high resolution and produce very sharp, bright and clear images. Of course, they have slightly varying features. The iPhone 8, on one hand, has a front camera or selfie shooter of 7MP and a single lens rear camera of 12MP. Features of the rear camera include HDR and a Quad-LED Dual-tone flash while the features of the selfie camera include panorama, HDR and face detection. On the other hand, the iPhone 8 Plus has a front camera of 7MP. However, it has a dual lens rear camera of 12MP each. This means that the iPhone 8 Plus has a better rear camera than its predecessor. The rear and front camera features remain the same as that of its predecessor as well.

Get the best prices of the iPhone 8 and iPhone 8 Plus only here on Jumia Kenya. Shop now.