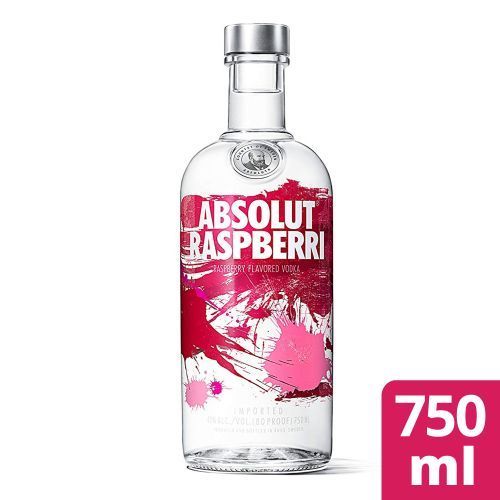 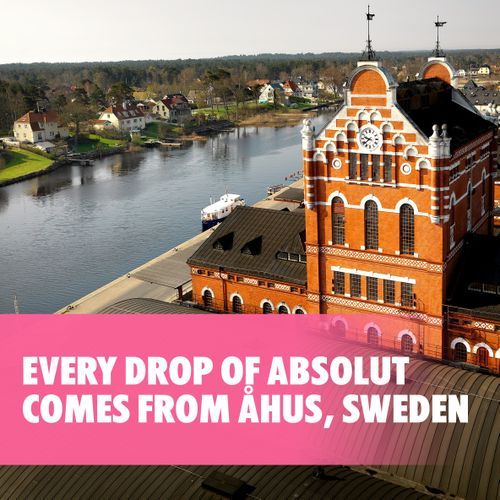 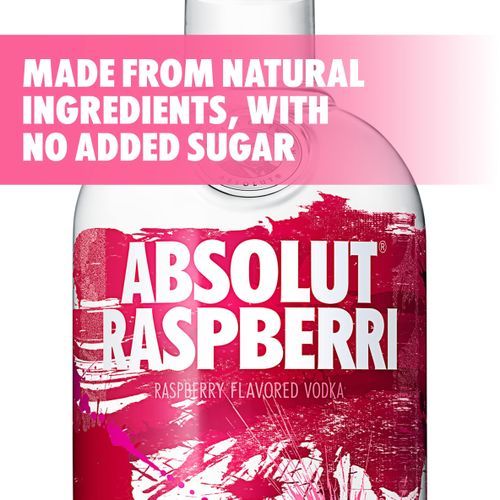 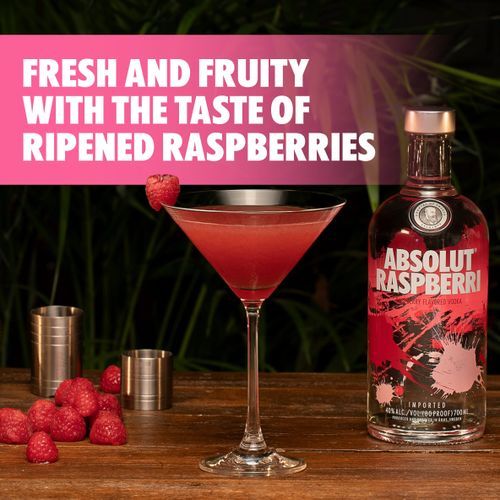 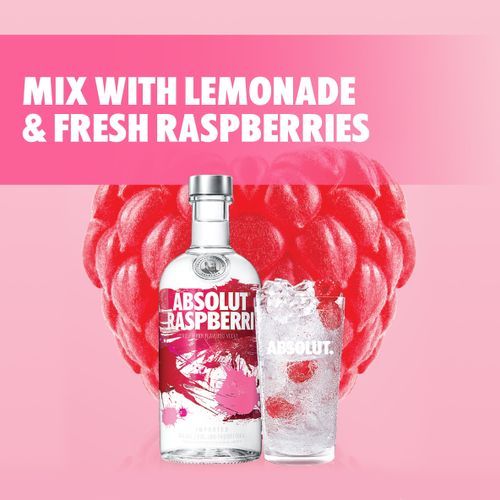 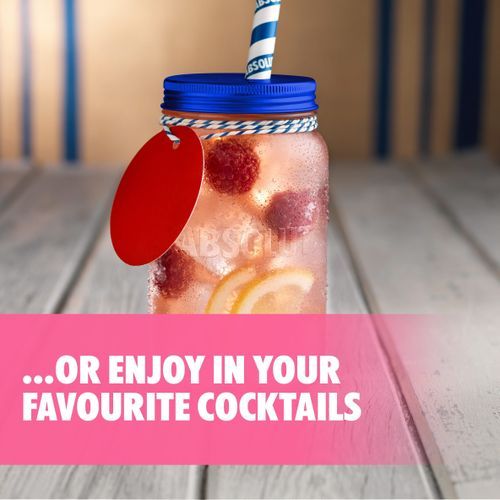 Brand: Absolut | Similar products from Absolut
5 out of 5
(6 verified ratings)

Delivery KSh 112 (free delivery if order above KSh 1,999)
Delivery by 01 February when you order within next 15hrs 19mins

Delivery KSh 92 (free delivery if order above KSh 1,999)
Available for pick up from 01 February when you order within the next 15hrs 19mins

Absolut Vodka is a Swedish vodka made exclusively from natural ingredients, and unlike some other vodkas, it doesn’t contain any added sugar. In fact Absolut is as clean as vodka can be. Still, it has a certain taste: Rich, full-bodied and complex.
Absolut Raspberri announces its presence with a bursting aroma reminiscent of vine-ripened raspberry. Its summery and fresh taste is slightly sweet and doesn’t overpower the palette.

Since wild raspberries are often found in the Swedish hillsides, nothing could be more natural than introducing Absolut Raspberri. And so it was, in 2004, 25 years after the introduction of Absolut Vodka.

Absolut Raspberri is made exclusively from natural ingredients, and unlike some other flavored vodkas, it doesn’t contain any added sugar. It’s rich and intense with the fresh and fruity character of ripened raspberries.

The main ingredients in Absolut Raspberri are Absolut Vodka and raspberry flavor. Absolut Vodka is made from water and winter wheat. The water comes from a deep well in Åhus where it’s protected from impurities. The winter wheat is also grown in Åhus and differs from other crops: it’s sown one fall, and harvested the next one. Days in between it grows under the Swedish snow developing its hard grain. Also, the use of fertilizers is minimized. The raspberries are as natural as the rest of the ingredients.

​ Made from natural ingredients, with no added sugar. 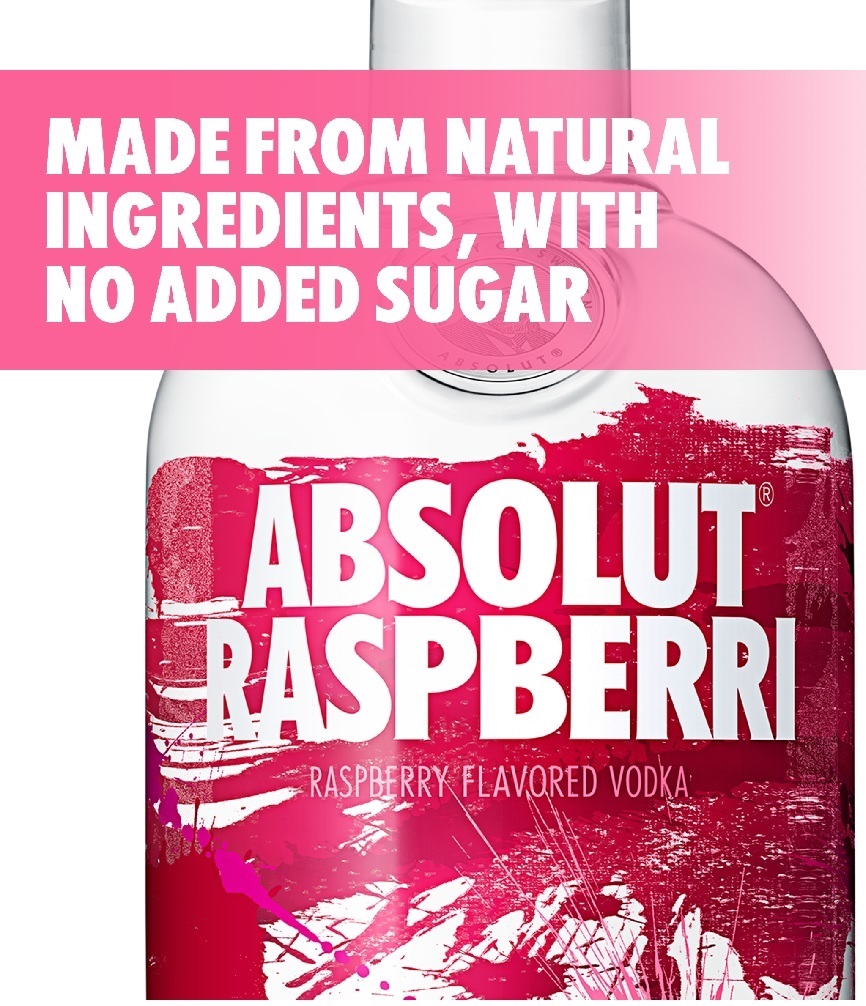 Fresh and fruity with the taste of ripened raspberries. 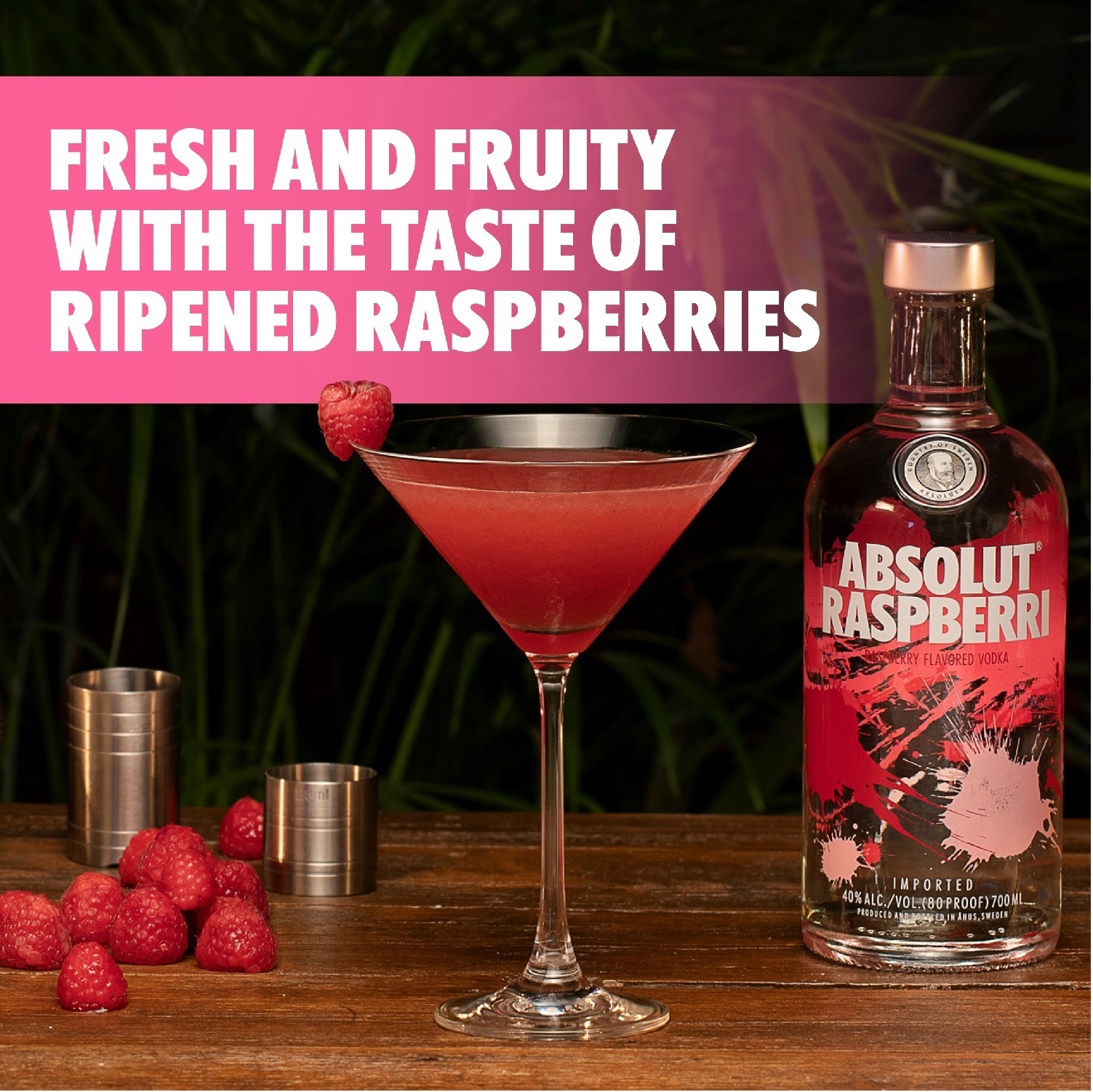 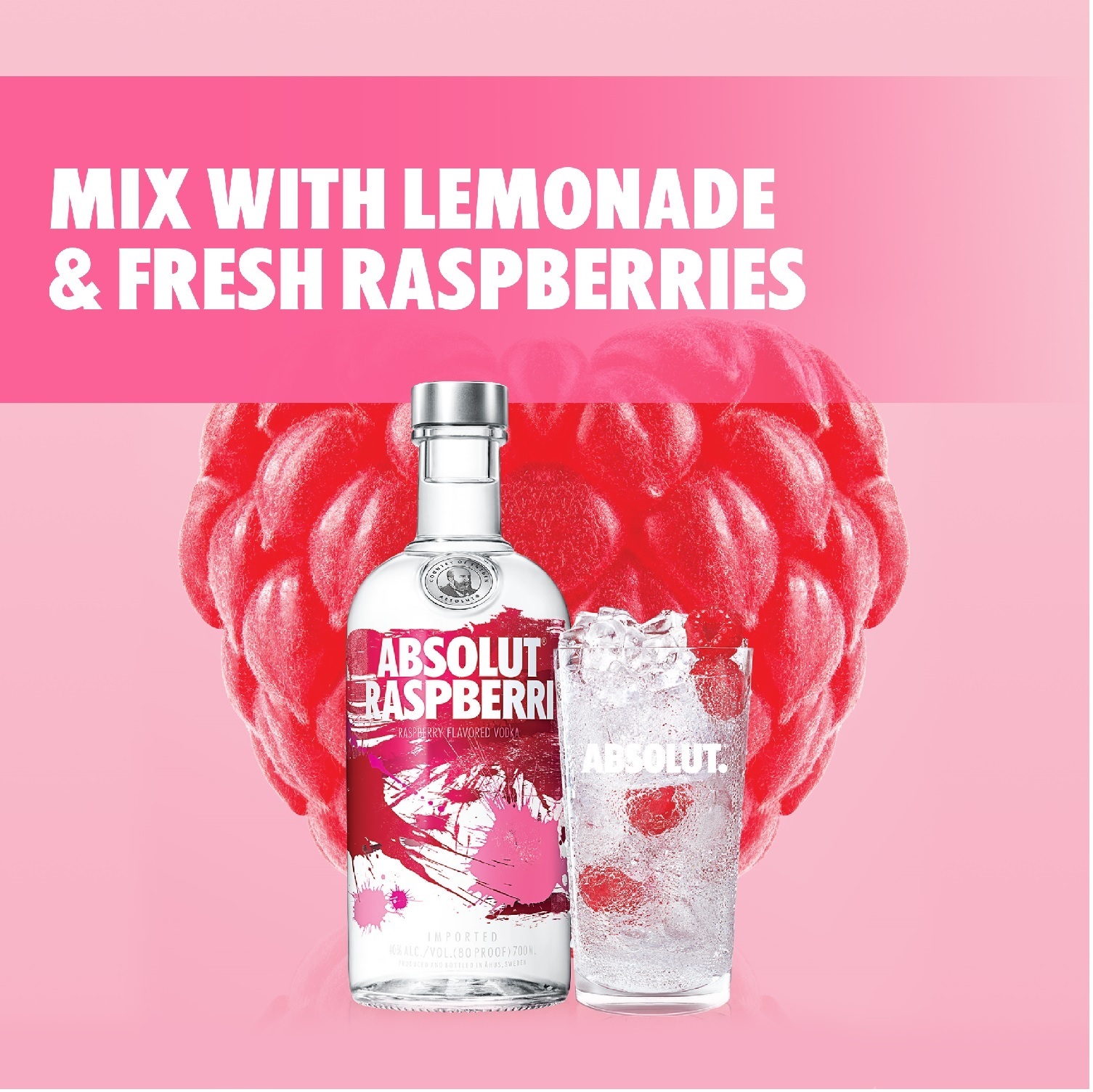 ...or enjoy in your favourite cocktails. 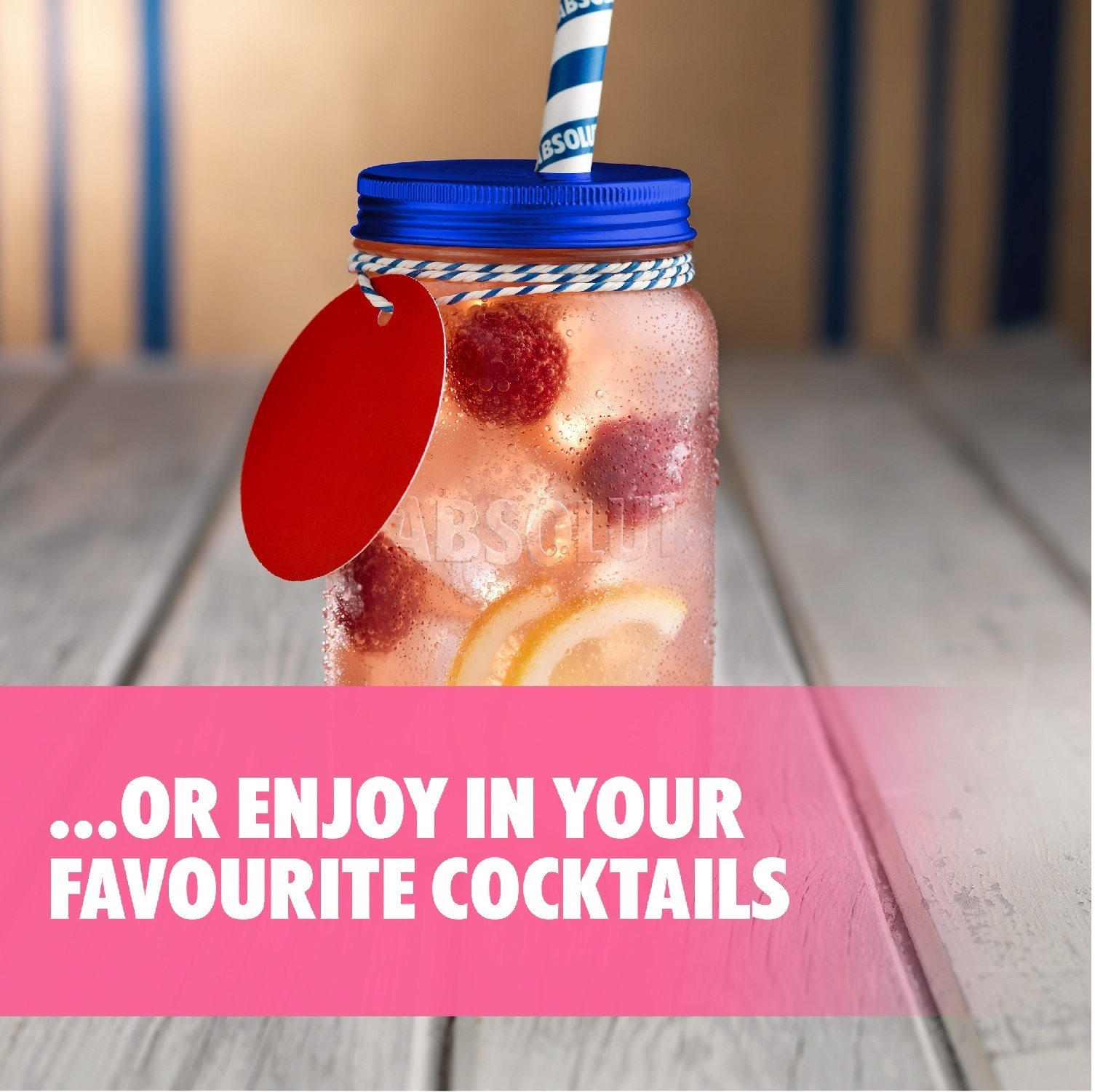 Made from Sweden winter wheat. 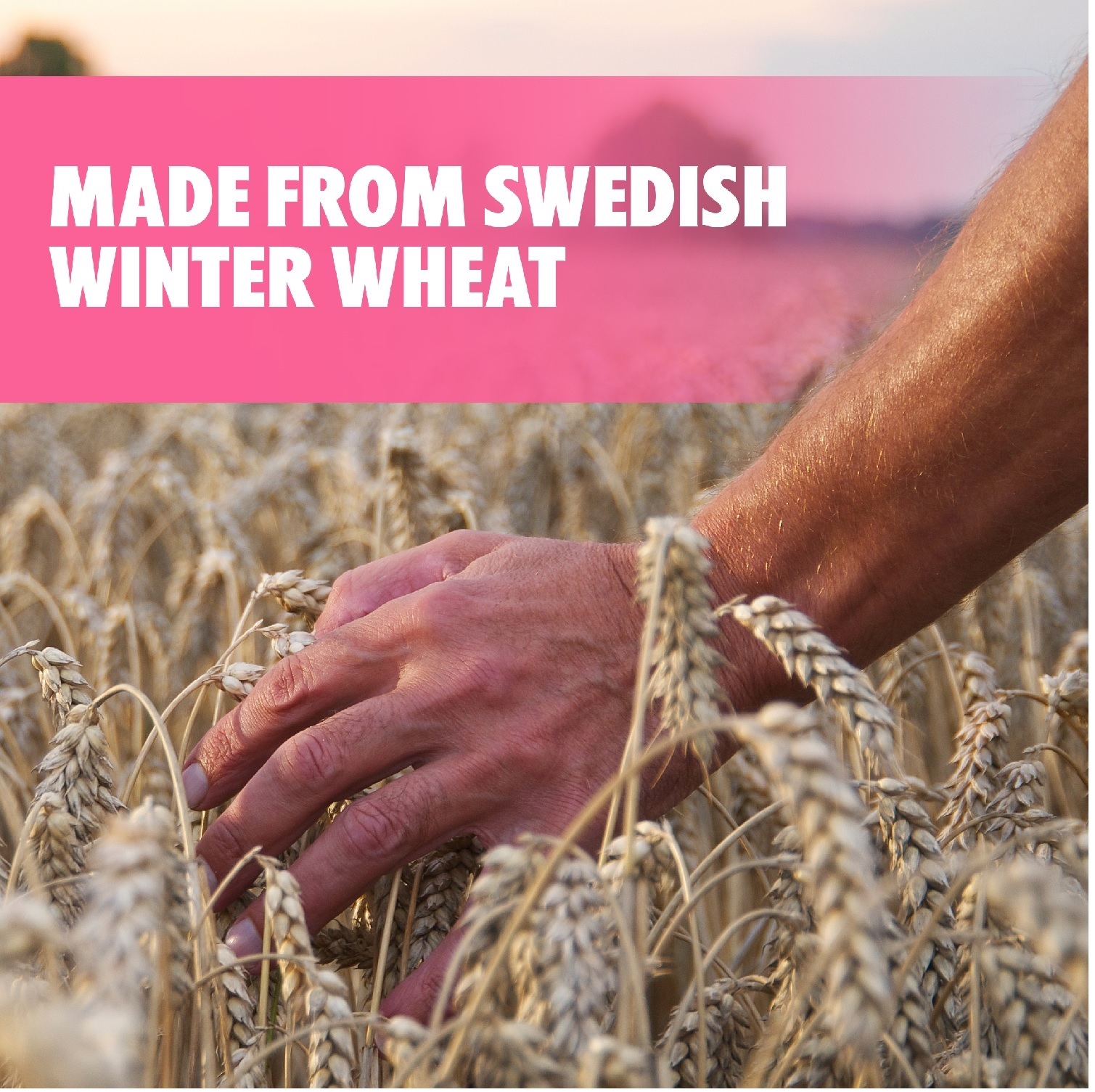 Every drop of Absolut comes from AHUS, Sweden. 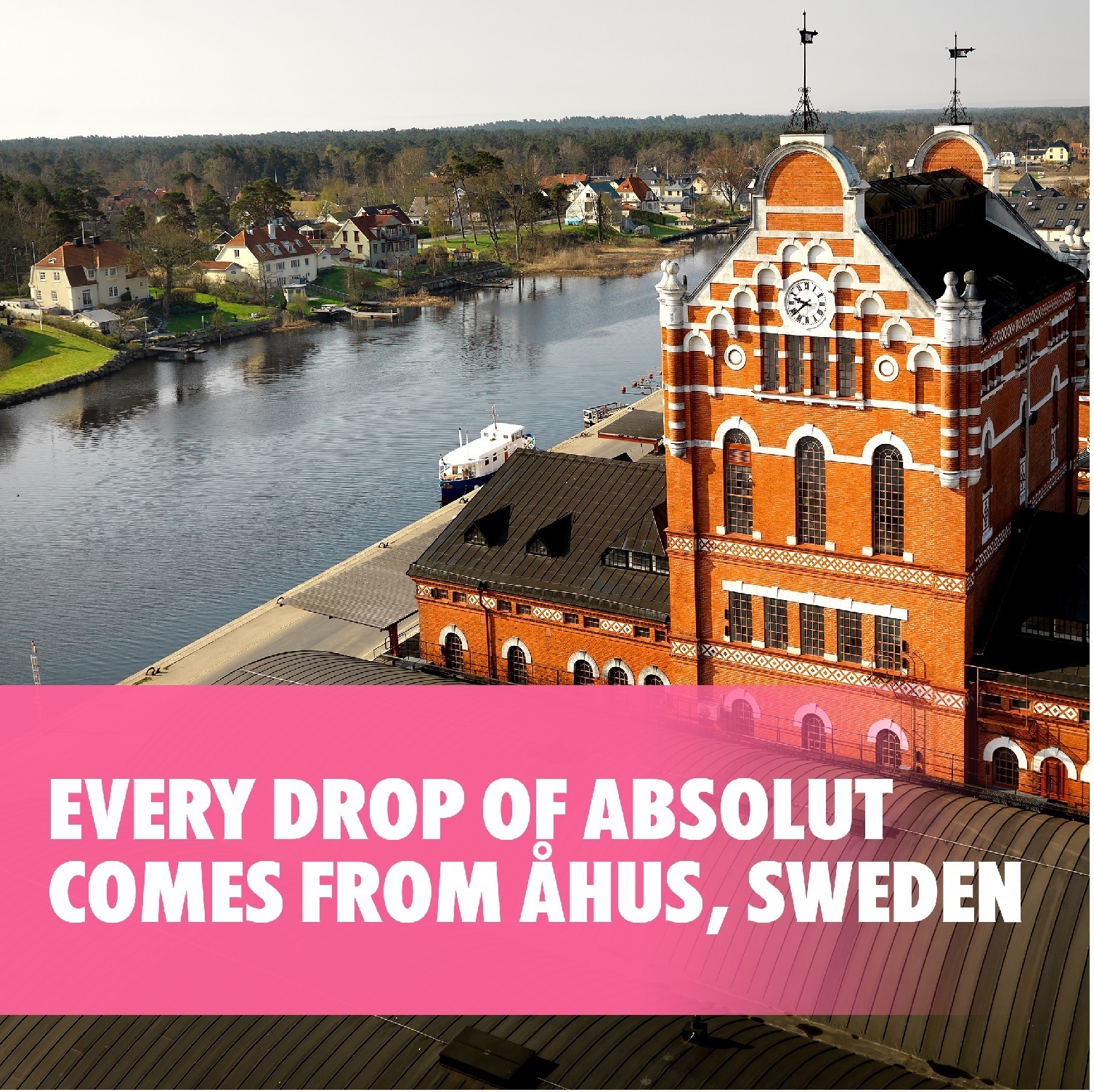