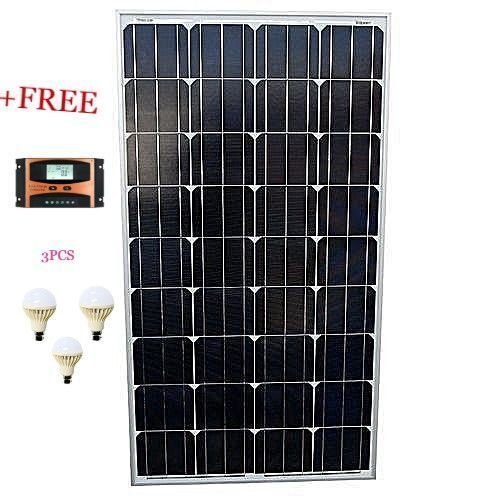 25yrs
Polycrystalline also start as a silicon crystal ‘seed’ placed in a vat of molten silicon. However, rather than draw the silicon crystal seed up as with Monocrystalline the vat of silicon is simply allowed to cool. This is what forms the distinctive edges and grains in the solar cell.Polycrystalline cells were previously thought to be inferior to Monocrystalline because they were slightly less efficient, however, because of the cheaper method by which they can be produced coupled with only slightly lower efficiencies they have become the dominant technology on the residential solar panels marketThe poly-crystalline solar panel have high charging rate of 6amps - 8amps to fill the battery of 100AH

Working well. Charges fast as per specification. It's okay.

Bulbs were not brought