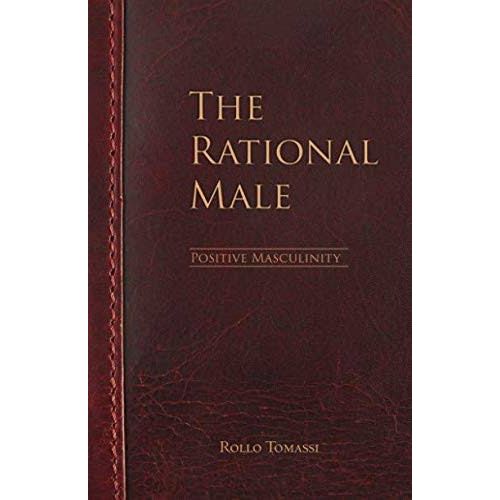 Building once more on the core works of The Rational Male(R) by Rollo Tomassi, Positive Masculinity is a supplemental reading in a series designed to give men, not a prescription, but actionable information to build better lives for themselves based on realistic and objective intersexual dynamics between men and women.

Free of the pop-psychology pablum about parenting today, Red Pill Parenting is primarily aimed at the fathers (and fathers-to-be) who wanted more in depth information about raising their sons and daughters in a Red Pill aware context. While not an instruction manual, it will give men some insight into how to develop a parenting style based on Red Pill principles as well as what they can expect their kids to encounter from a feminine-primary social order determined to 'educate' them.

The Feminine Nature is a collection of essays, revised and curated, that specifically address the most predictable aspects of the female psyche. It outlines and explores both the evolutionary and socialized reasons for women's most common behaviors and their motives, and how men can build this awareness into a more efficient way of interacting with them.

Social Imperatives details how the female psyche extrapolates into western (and westernizing) cultural narratives, social dictates and legal and political legislation. This is the Feminine Imperative writ large and this section explores how feminism, women's sexual strategy and primary life goals have molded our society into what we take for granted today. Also detailed is the 'women's empowerment' narrative, and the rise of a blank-slate egalitarian equalism masking as a form of female supremacism that has fundamentally altered western cultures.

The last section, Positive Masculinity, is comprised of essays, reformed and expanded upon, that will give men a better idea of how to define masculinity for themselves from a conventional and rational perspective. In an era when popular culture seeks to dismiss, ridicule, shame and obscure masculinity, this section and this book is intended to raise men's awareness of how fluid redefinitions of masculinity have been deliberately used to disempower and feminize men by a feminine-primary social order.

This book is the third in of series complements to The Rational Male(R), the 20-year core writing of author/blogger Rollo Tomassi from therationalmale.com.

Rollo Tomassi is one of the most prominent voices in the globally growing, male-focused online consortium known as the "Manosphere" as well as the 'Godfather' of intersexual Red Pill awareness.