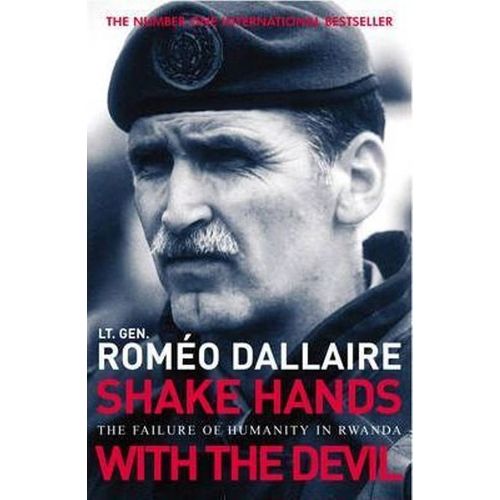 Generic SHAKE HANDS WITH THE DEVIL

Follow
When Lieutenant General Roméo Dallaire received the call to serve as force commander of the UN mission to Rwanda, he thought he was heading off to Africa to help two warring parties achieve a peace both sides wanted. Instead, he and members of his small international force were caught up in a vortex of civil war and genocide. Dallaire left Rwanda a broken man; disillusioned, suicidal, and determined to tell his story.An award-winning international sensation, Shake Hands with the Devil is a landmark contribution to the literature of war: a remarkable tale of a soldier's courage and an unforgettable portrait of modern warfare. It is also a stinging indictment of the petty bureaucrats who refused to give Dallaire the men and the operational freedom he needed to stop the killing. 'I know there is a God,' Dallaire writes, 'because in Rwanda I shook hands with the devil. I have seen him, I have smelled him and I have touched him. I know the devil exists and therefore I know there is a God.'

Generic SHAKE HANDS WITH THE DEVIL